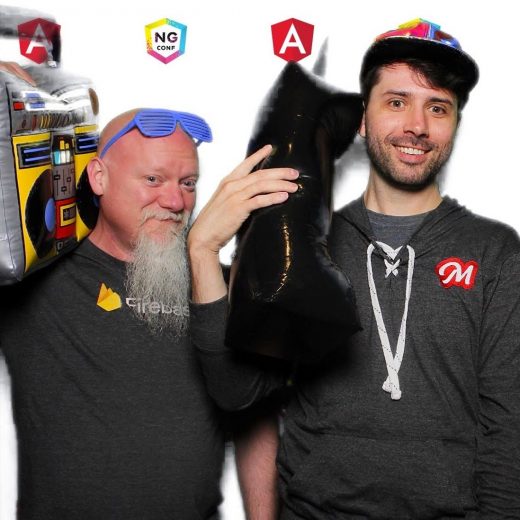 Brad is currently a Software Engineering Lead at Sapphire Digital. In a past life, he was a systems administrator for 12 years but made the leap into development and regrets NOTHING. Today he finds himself focusing almost 100% on Angular and loves it but secretly dreams about being a full stack dev when he grows up. Twitter: https://twitter.com/sonicparke

Ryan is a full-stack JavaScript developer, trainer, and Google Developer Expert. While he dabbles with a lot of technologies, his go-to for every serious project is his first love: Angular. He’s also extremely excited about GraphQL and the promise it brings to reshape how we think about and build APIs, all while making developers happier and more productive.

Ryan teaches at Angularcasts and Front End Masters, builds apps for companies as a consultant, and contributes to open source with libraries such as angular2-jwt. Formerly at Auth0, he’s a fanatic about application security and has written a book on the topic called ‘Securing Angular Applications’. Twitter: https://twitter.com/ryanchenkie

Reusable components are a great idea. That is, until you find yourself working in a React app and you’re unable to reuse the great Angular components you’ve already built. Thankfully, there’s a way around this. If you need to support multiple frontend frameworks, you can harness the power of Angular Elements to do just that […]