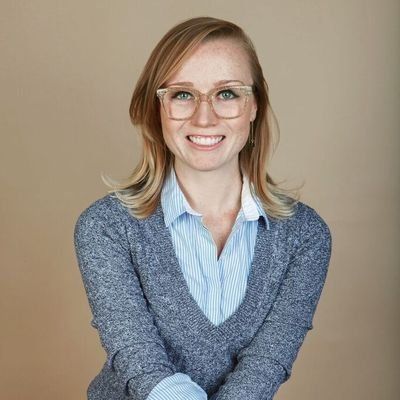 Bio: Chloe is an SF based Cloud Developer Advocate for Microsoft. Pre-Engineering, she spent her nights and weekends performing in the Bay Area as a singer/actress, before attending Hackbright in 2016. Perhaps the only engineer you’ll meet who has been in “Hairspray”, “Xanadu”, “Carrie the Musical”, and “Jerry Springer: the Opera”- she is passionate about bringing people with non-traditional backgrounds into the world of tech. If you’re trying to place her face, yes- she’s the young woman giving the awkward thumbs up in the “What It’s Like to be a Woman at a Tech Conference” article (which she also wrote). Previously, she worked at Sentry.io where she created the (DevRel Award Winning) Sentry Scouts program (a camp themed meet-up ft. patches, s’mores, giant squirrel costumes, and boozy hot chocolate). And was recently featured in the Grace Hopper Conference 2018 gallery featuring 15 influential women in STEM by AnitaB.org. In early 2018 was named one of the “200+ Thought Leaders in Crypto and Blockchain” and still knows absolutely nothing about Crypto and Blockchain. Seriously- not a thing. She considers it her greatest accomplishment.

You can’t spell “introvert” without “IoT”, which is why Chloe is here to show us how she used Azure IoT services to help her get out of not-so-fun social situations. In this talk, she’ll walk through how you can use a simple Flic button and Azure to save yourself from your next awkward convo.